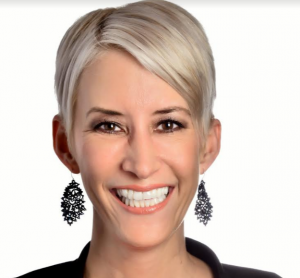 Jennifer K. Hill has appeared on many major news outlets around the world including: KNX Radio, BBC News, ABC, NBC, FOX and E! News, and has been quoted in numerous online articles as well including The Ladders and Glassdoor. In addition, Jennifer has been featured speaker for various conferences, law firms and corporations around the United States.

In 2010, Jennifer opened her own corporate/legal staffing company, JHill’s Staffing Services, Inc., which was acquired by Marcum Search LLC in February of 2018, where she became the President of the California Search Division until recently transitioning to a Consultant role with the company.

In 2013, Jennifer published her book “Stop Hoping, Start Hunting! A Job Seeker’s Guide to Finding a Dream Job.” She has also since published two widely acclaimed white papers focused on transformation in the legal industry.

Jennifer also hosts a weekly radio show on LA Talk Radio, called “Get Yourself the Job,” with over 30,000 listeners a month, where she interviews experts and authors from around the world on the subject of landing one’s dream job. Jennifer is very passionate about contributing to her community. She built her first school in Nepal in 2017 by partnering with BuildOn.org and recently built her second school in Senegal in November of 2019.