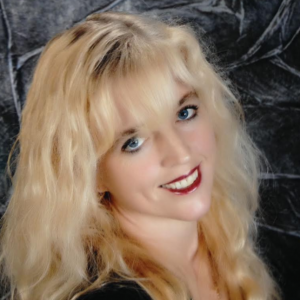 Shannon Leischner, MPA is the Founder of GOALS, a non-profit educational organization. Most recently, the Co-Founder of the newly Metabizics.

Shannon is a lifetime learner and prides herself on having a very large tool box of knowledge and abilities. Consequently, Shannon has an extensive background in both the business and metaphysical realms. Her professional business career began in 1997 when she was hired by the Target Corporation as Human Resource Manager. With aspirations of widening her business knowledge, Shannon took a job as a Grant Coordinator for California State University Dominguez Hills while completing her Masters of Public Administration in 2005. The following year, Shannon started teaching at Cal State Dominguez Hills in the Kinesiology Department. That same year, she began her career as a business consultant primarily for non-profit organizations  Shortly thereafter, she was invited to become a recurring featured speaker the Dominguez Hills for the Public Administration Department, covering topics such as, Metaphysics and the Public Sector, Increasing Productivity While Removing Self- Sabotaging Habits, Unlearning Limiting Belief Systems Holding You Back, Change your Belief Systems Create your Success, Create the Life You Have Always Wanted, and Eliminating Stress and Healing Trauma in Your Life. As a result of her work, Shannon was selected to be included in the Who’s Who America’s Most Promising Business Women.

In 2015, Shannon was named the Top Trainer for America’s Elite Training Team through the London Center Abu Dhabi. She was invited to a guest speaker and was a featured instructor for the Royal Families, government officials, and police officers in the United Arab Emirates.

Shannon has an extraordinary ability and understanding of energy and how it applies to the everyday world in everyday situation. She uses her uncanny abilities to help people understand why they make certain decisions and helps them to redirect sabotaging habits, create new and more positive leadership roles in their lives.  Shannon guides people to make the most informed and energetically beneficial decisions about their lives and success.